In August 2020 I randomly met someone called Julian while bivouacking on a mountain top. He not only had a sleeping bag and mat in his backpack but also a paraglider. He wanted to fly down at sunrise, and I was already excited to get a nice photo documentary series with my camera. Unfortunately a storm came that night and it was still too windy in the early morning. So Julian had to hike down before sunrise, because he had school that day.

On October 19th I saw an amazing above-the-clouds-sunset-screenshot from a webcam, and we decided to meet the next day’s evening for a photo series. He also brought four of his paragliding friends. We got the most boring weather I could ever ask for, so I was really unhappy with the conditions, but I tried to get some nice shots anyway. 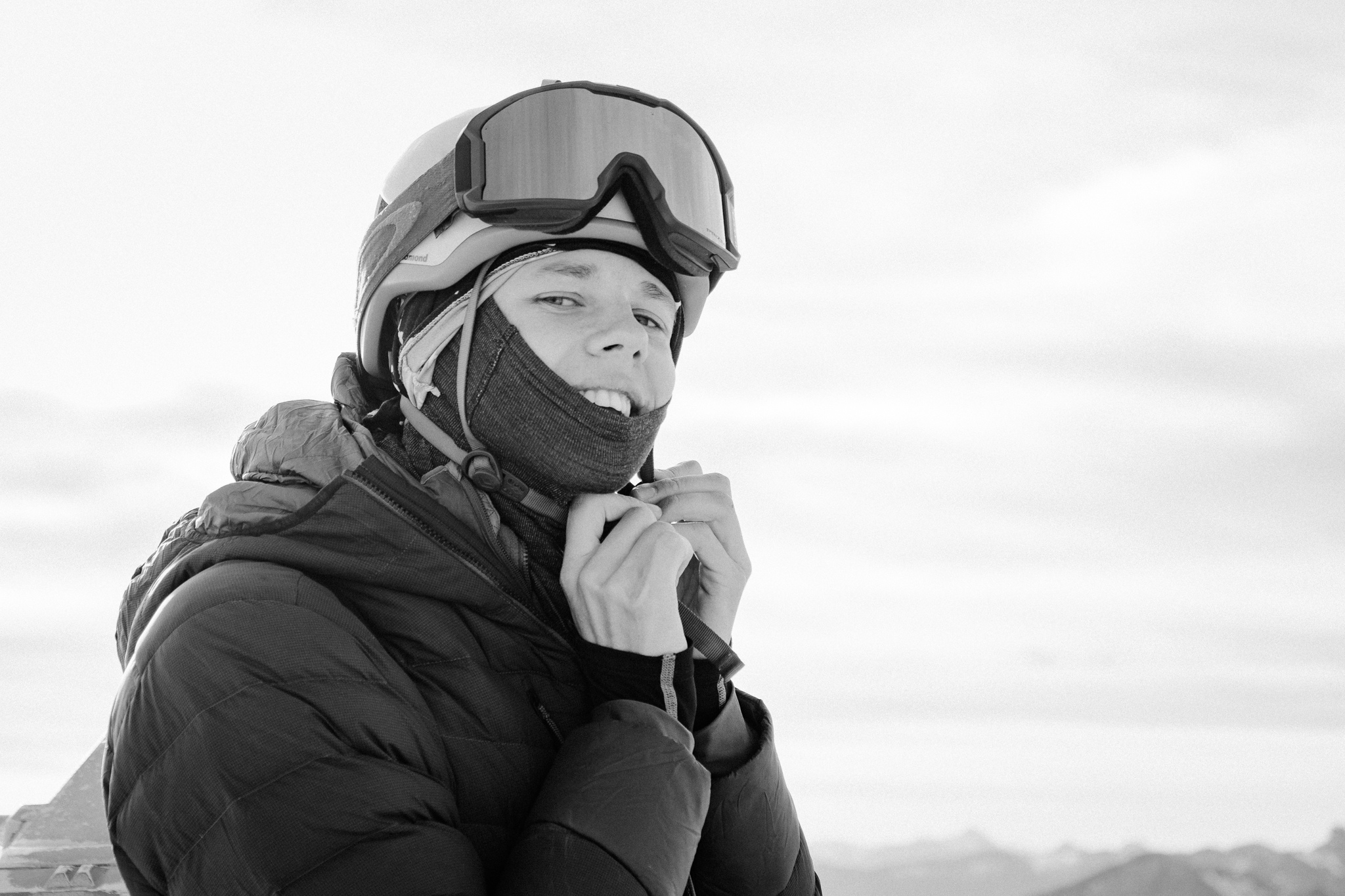 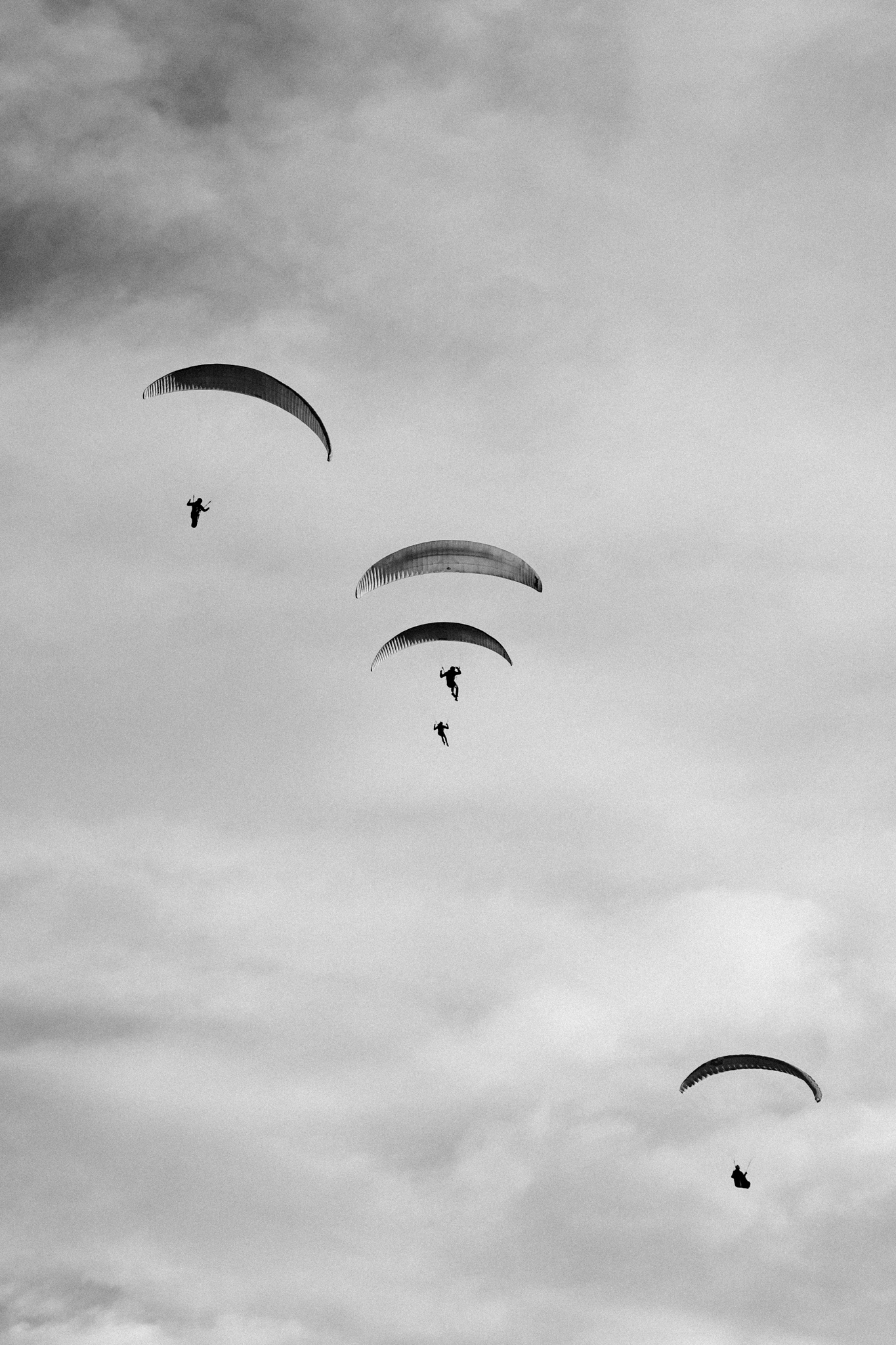 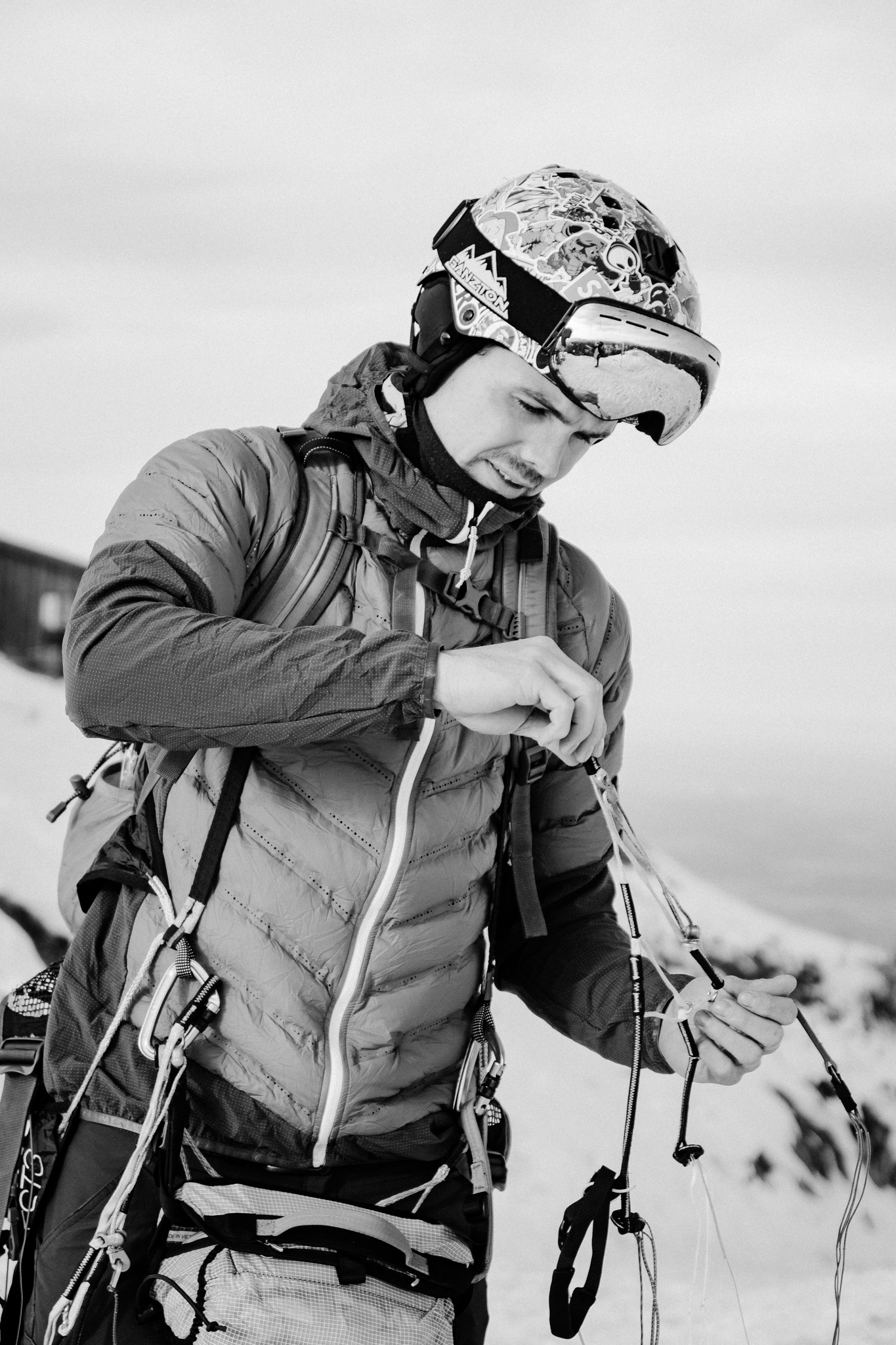 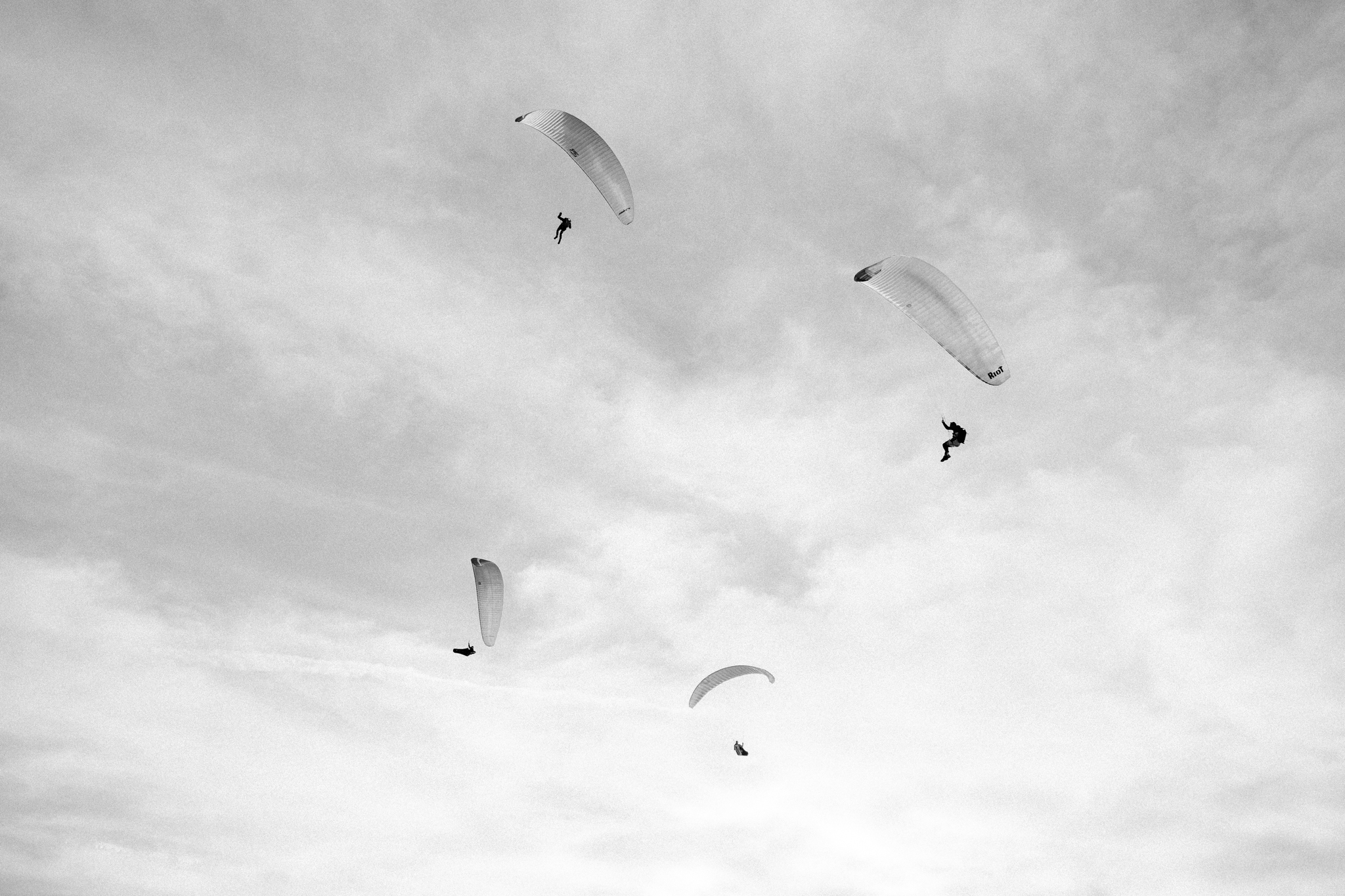 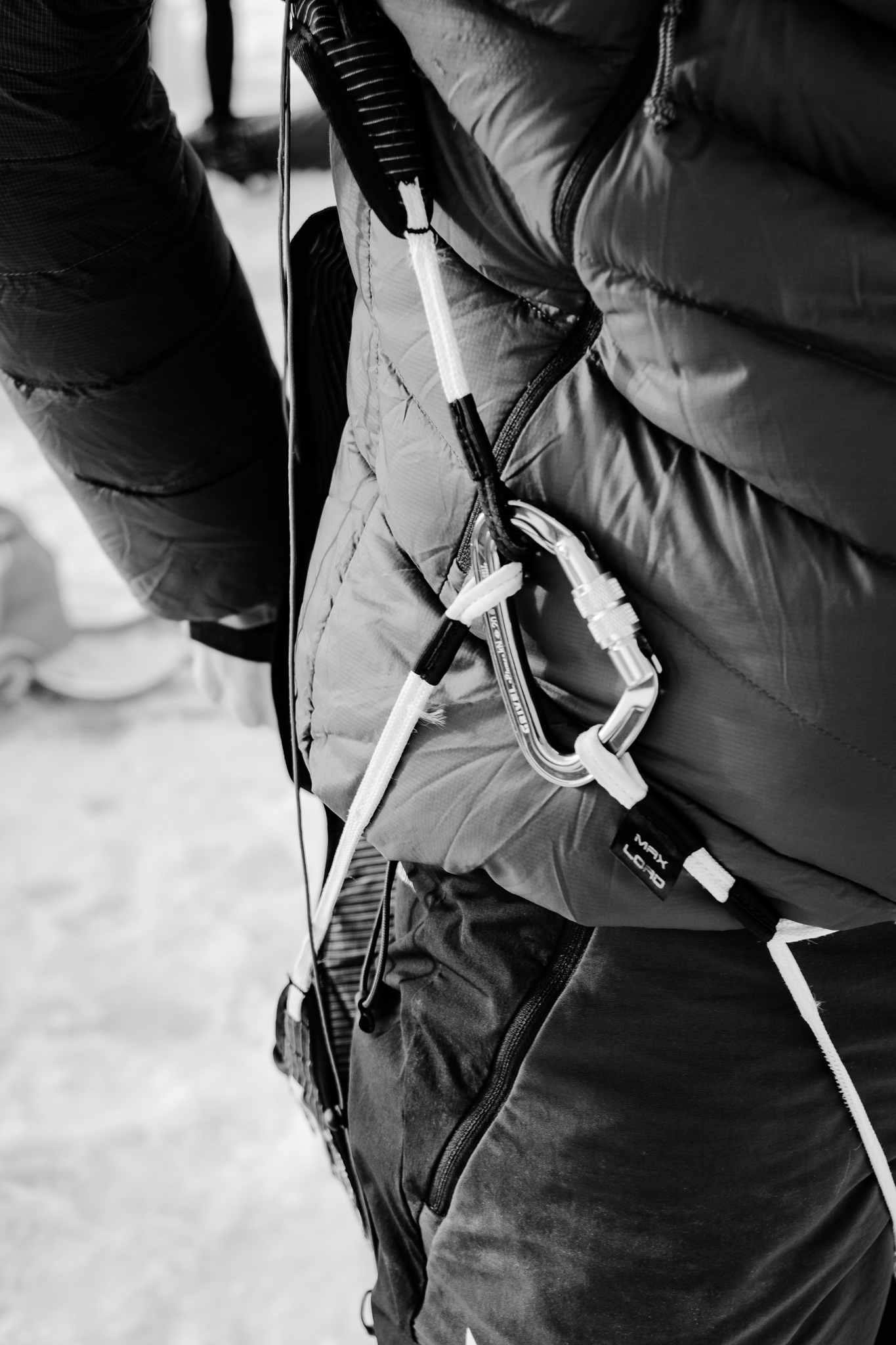 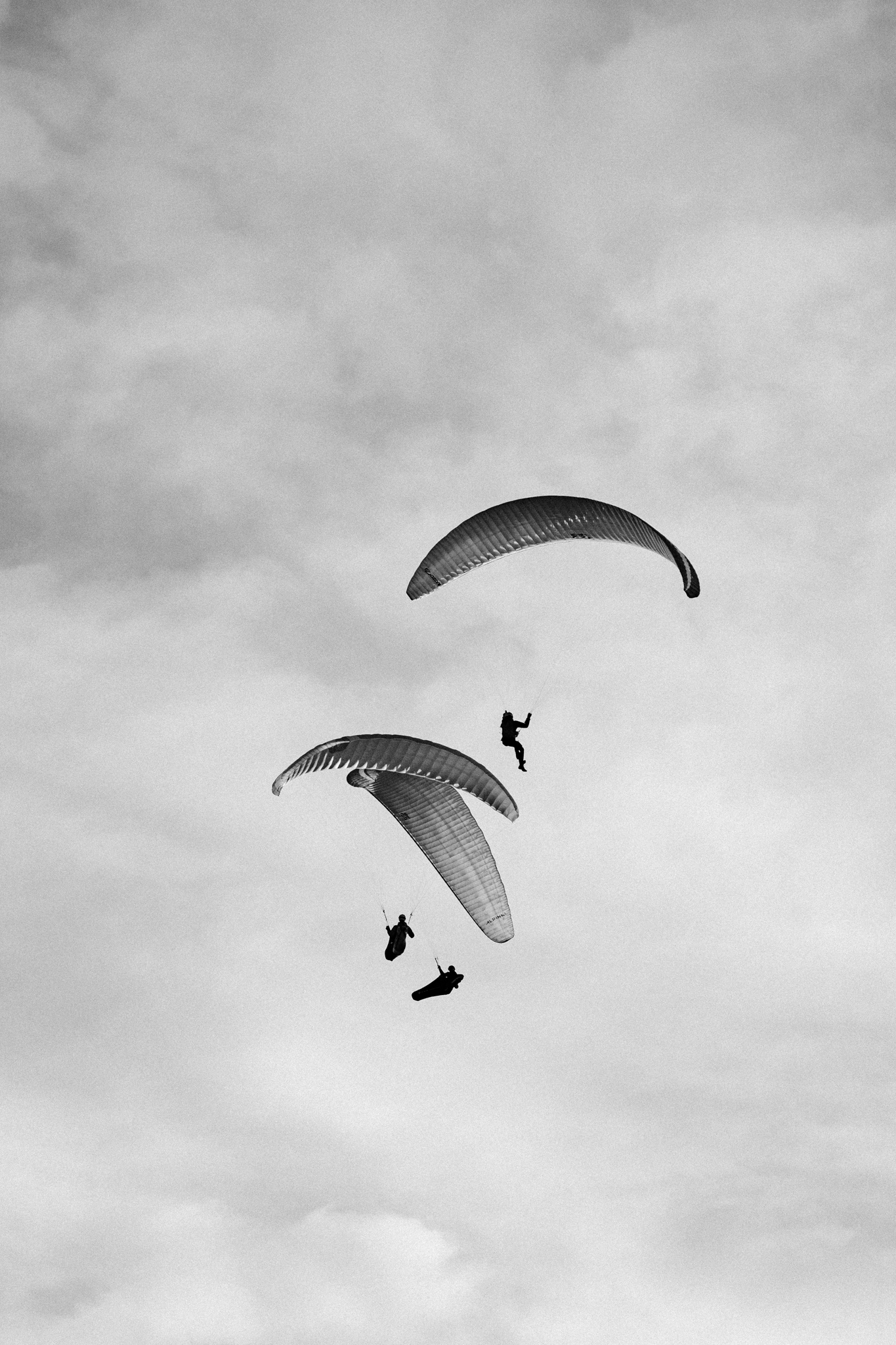 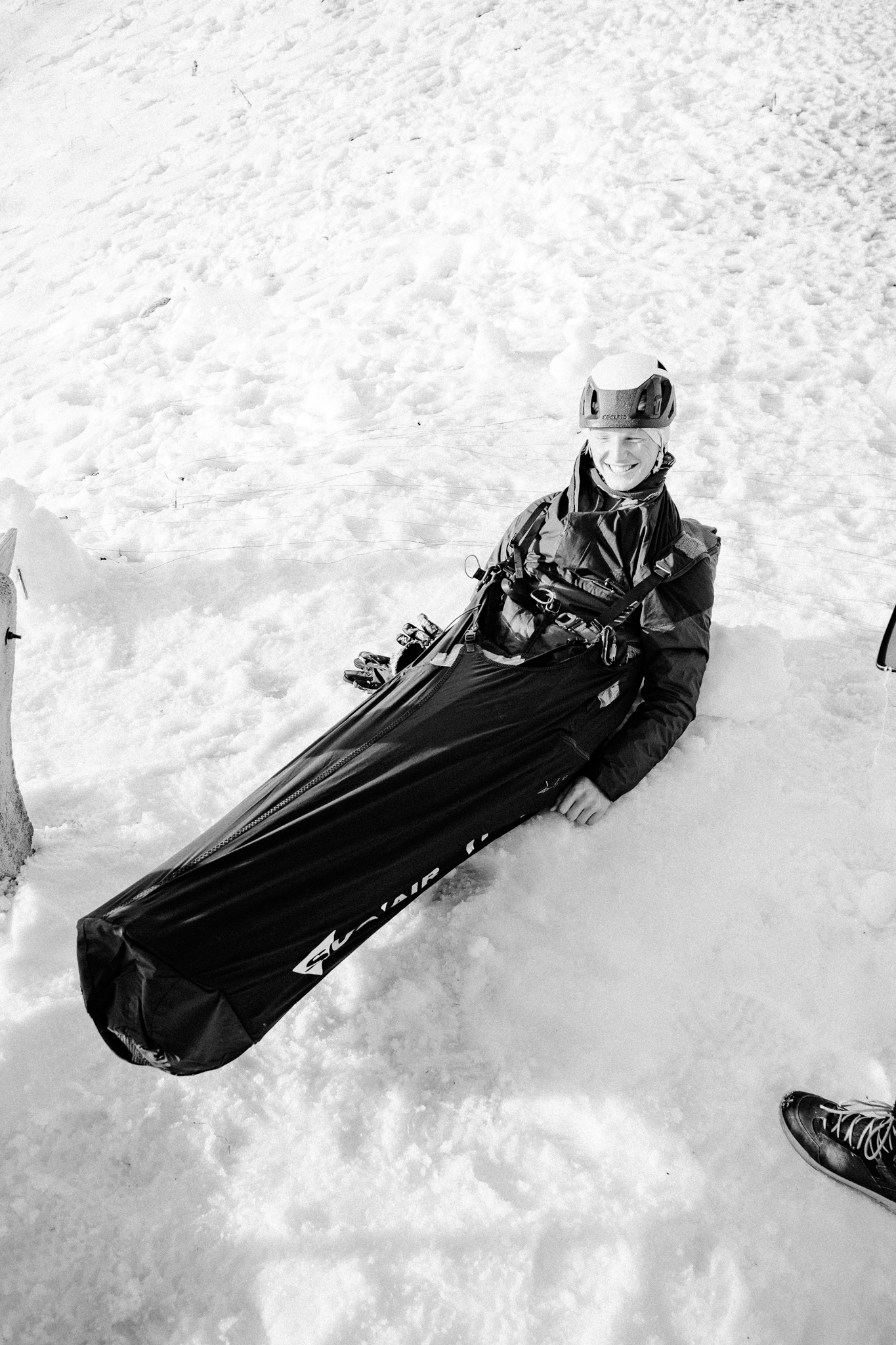 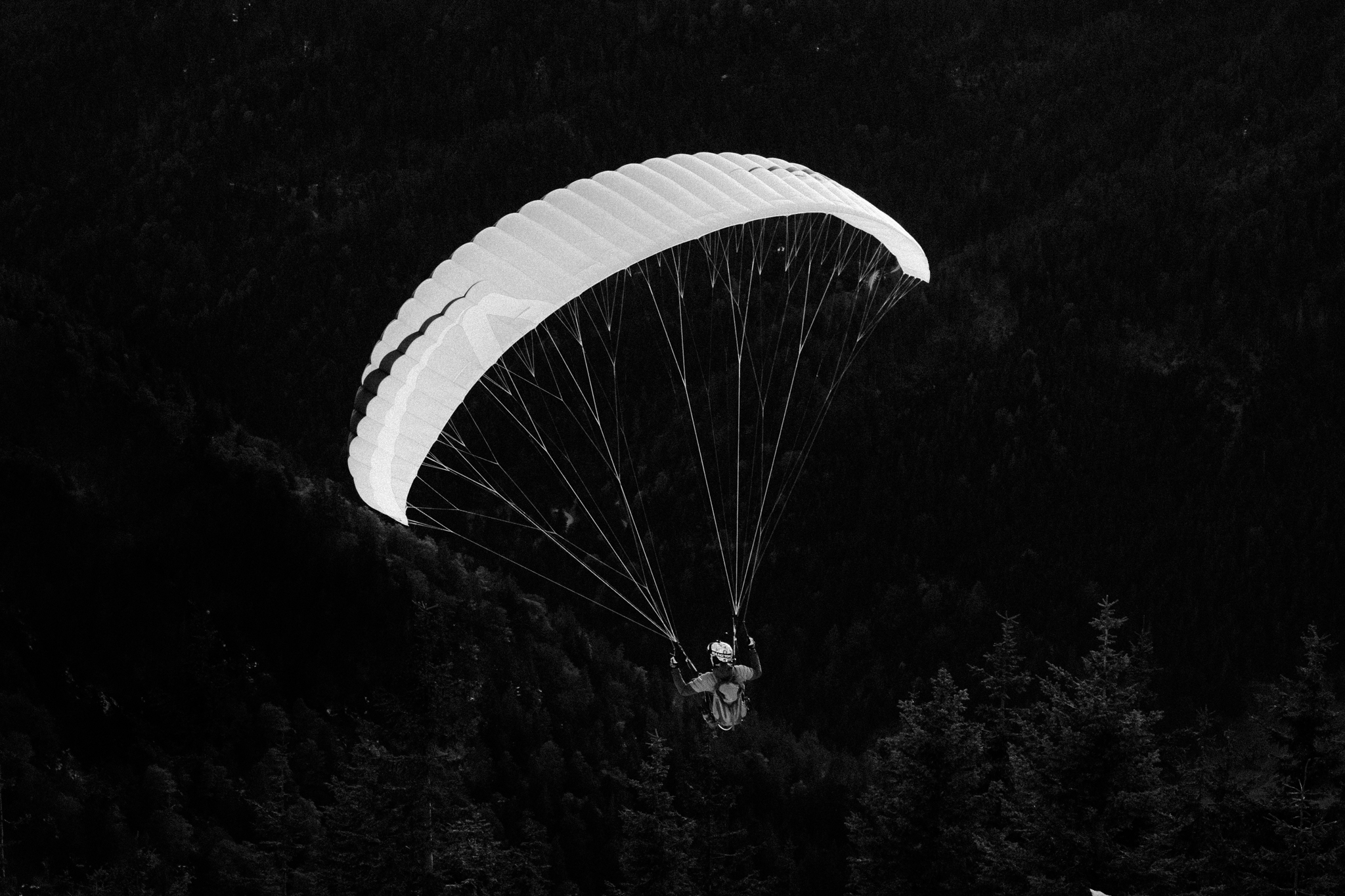 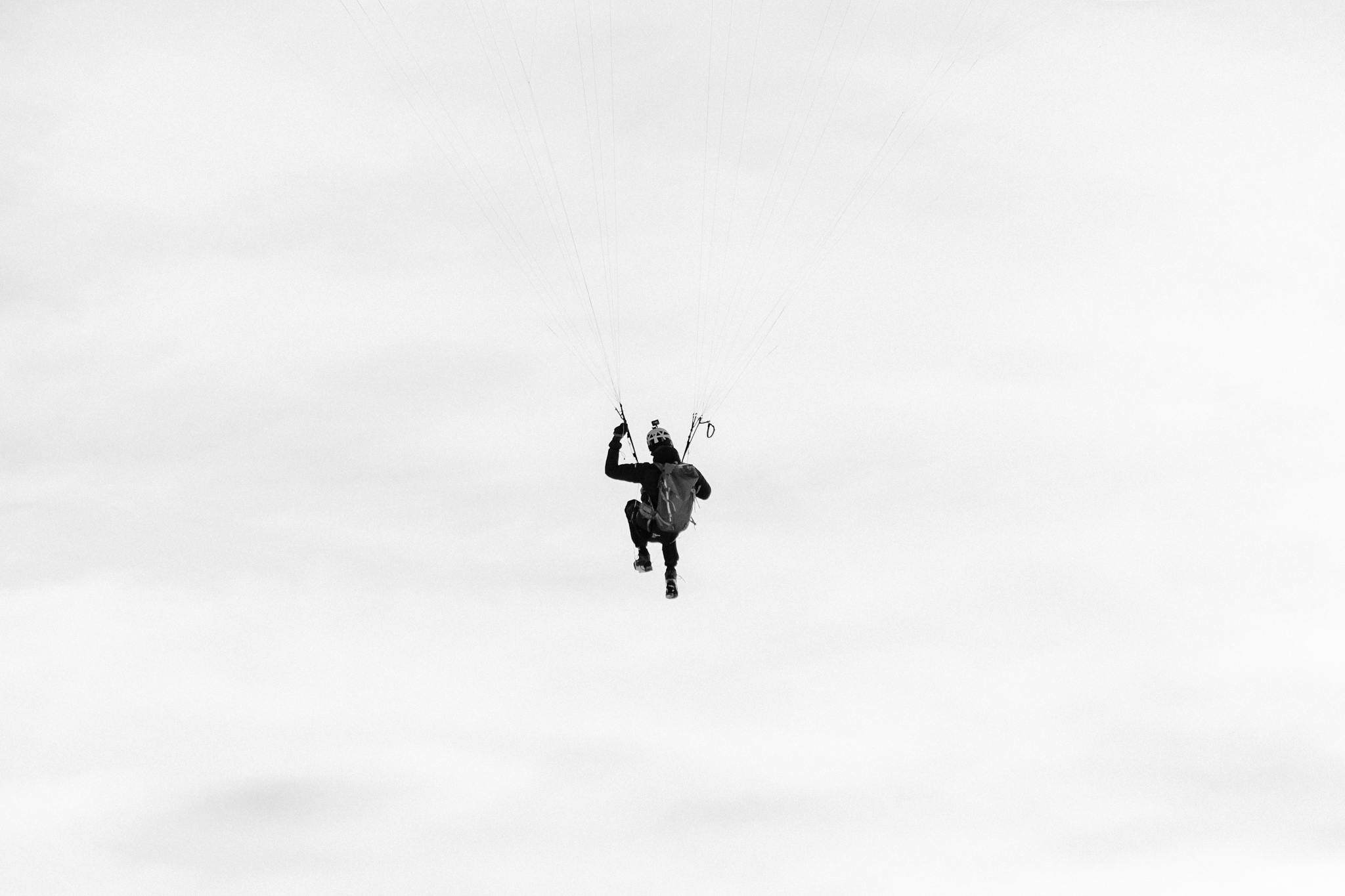 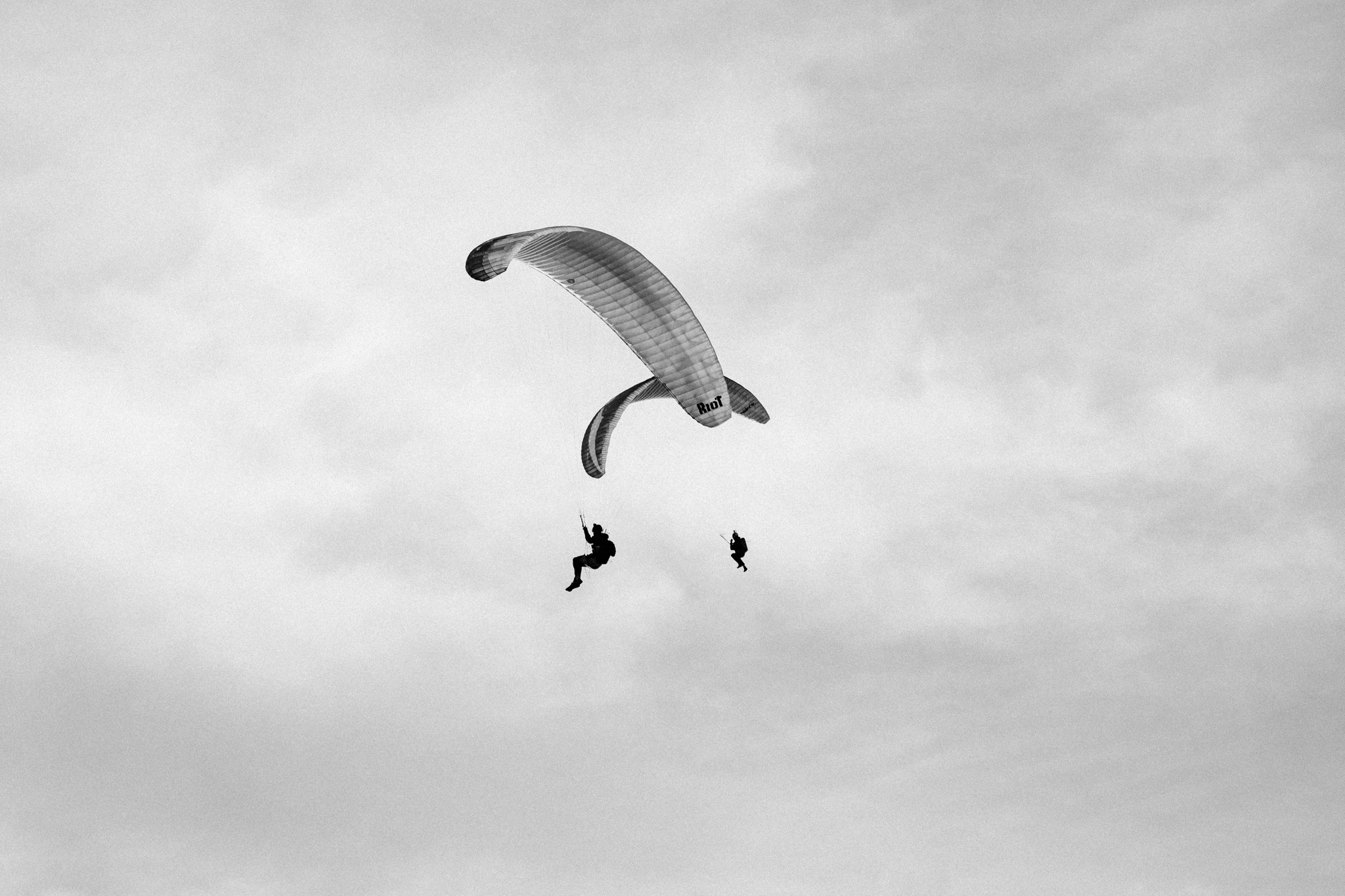 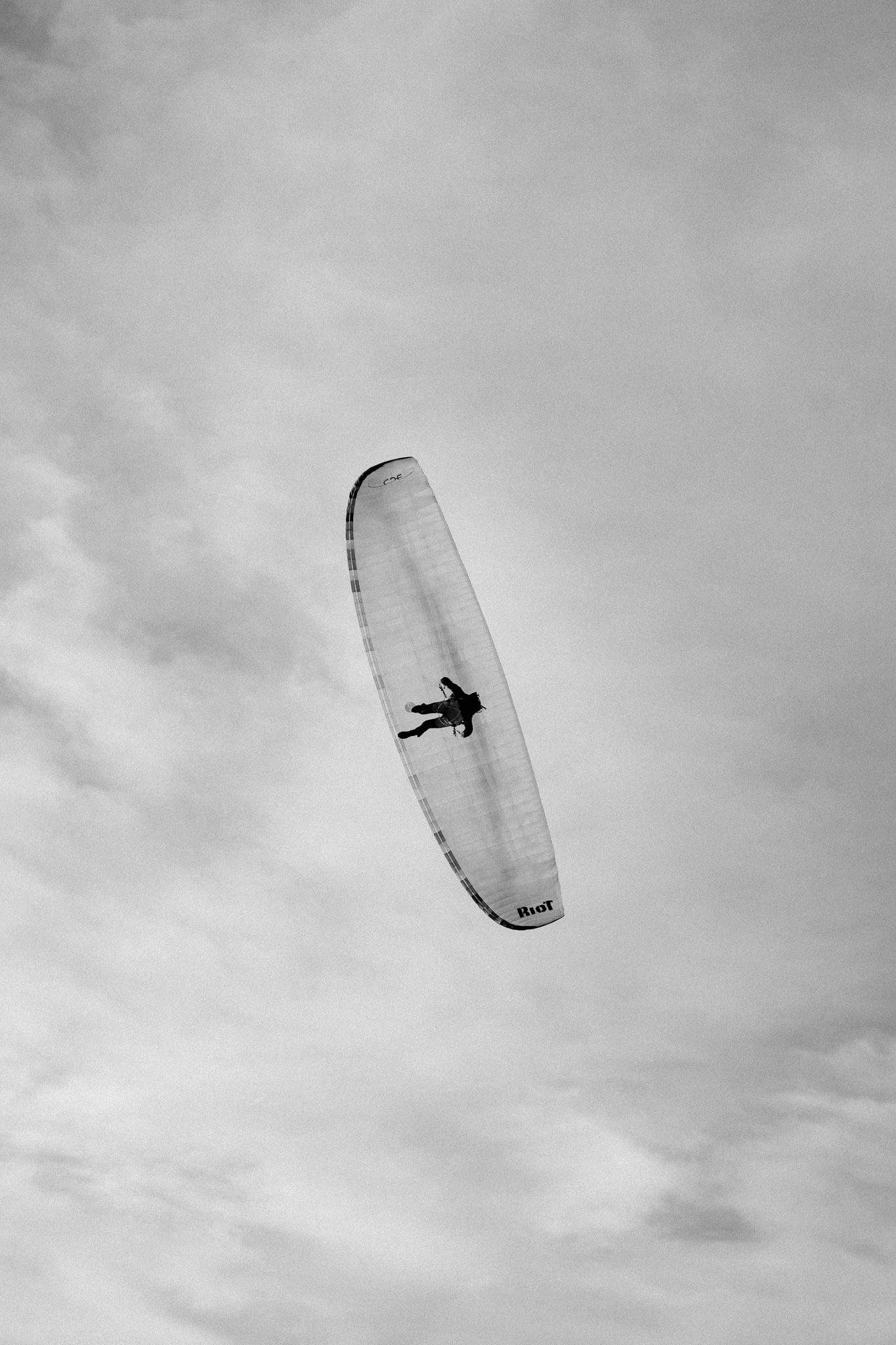 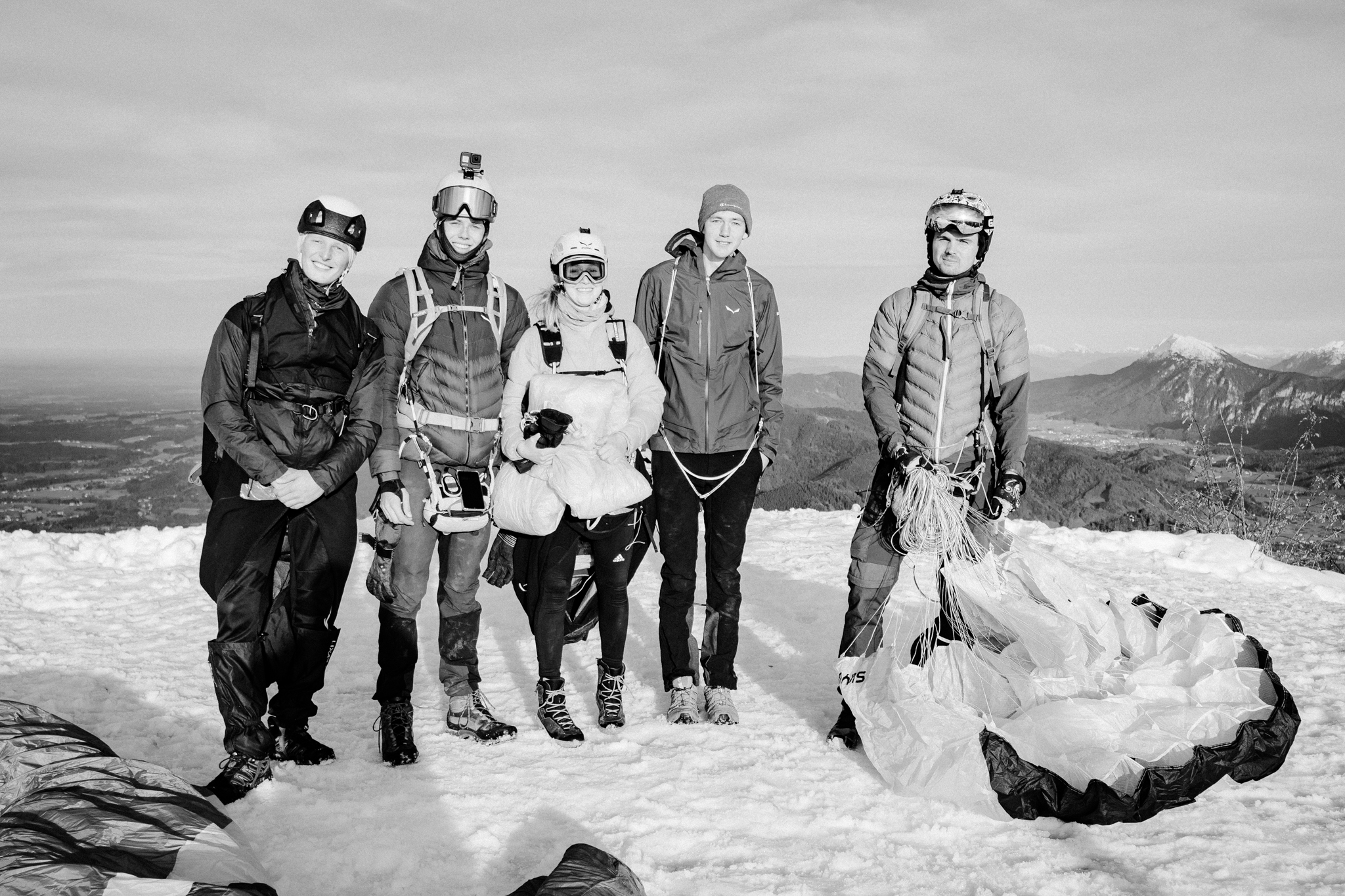